Take a look at your own fuse board today!

Take a look at your fuse board now. If you have one that looks like any of the boards pictured here, then it is time to seriously consider a change. 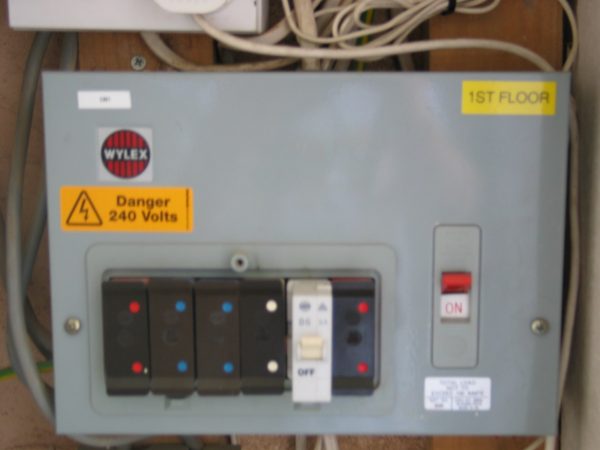 Old Fuse Board, No RCD Protection 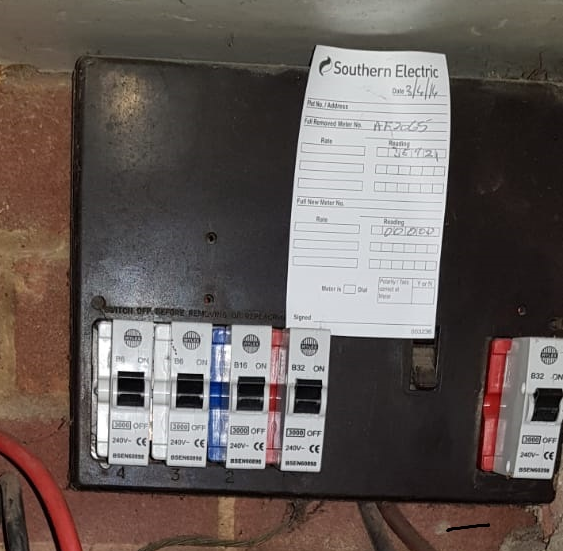 Bakerlite Fuse Board , no RCD protection 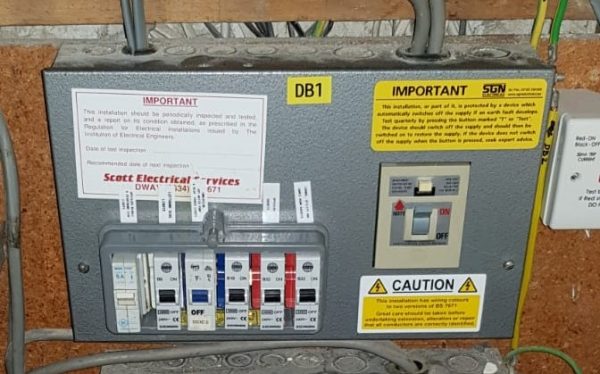 Many old style fuse boards offer little to no protection in the event of an electrical problem. Often older fuse boards have been added to over the years as the use of electricity in the home has changed, causing them to carry a heavier load then they were designed to take. For example the addition of a power shower.

Older style boards were made to meet the requirements of a building at the time they were installed, not now!! Rewireable fuses can be fitted with the wrong sized fuse wire and you would never know until there is a problem which inevitably is too late! Jon has been called out to jobs where tin foil was used to replace the blown fuse…..very dangerous.

The top two images are of boards, still commonly found in homes today, that would have been installed well over thirty years ago. The third image is of a board installed in the 1990’s. We use electricity so differently now, at any one time a home will be running a fridge freezer, charging lap tops, tablets and phones. We now have multiple TV’s, games consoles, computers and monitors running all day, in addition to LED lighting, power showers, extractor fans, washing machine, tumble dryers, dishwashers, kettles and so the list goes on. The expected serviceable life of the fuse board is around 15 to 25 years. Like anything in constant use it will deteriorate over time.  If you think your fuse board is over years old then it is likely it needs replacing.

A new 18th Edition consumer unit (launched this year) will protect everyone in your home against electric shock and will help to prevent electrical fires. They also come with surge protection so if every there is an electrical power spike in your home your devices are protected. With so many electrical devices running at anyone time electrical circuits experience what is called earth leakage. This is normal, but it can cause older fuse boards to trip unnecessarily. The new consumer units are built to cater for your homes electrical requirements today and future proof your home for tomorrow and years to come.

In a nut shell the consumer units must be configured in the correct way for the devices they are supplying power to, to meet the requirements of the 18th Edition of the IET wiring regulations. Each circuit in your home will be protected by 30mA RCD (Residual Current Device – this instantly stops the flow of electricity as soon as it detects a fault in the circuit). Improving on this is to have an RCBO (Residual Current Circuit Breaker with Over current Protection) on each circuit. An RCBO is the most effective way of providing 30mA protection as well as maintaining power continuity, avoiding unwanted tripping, and achieving highest levels of occupation safety. Each board will also have a surge protection device as well.

All new consumer units now have metal casing surrounding them to provide extra protection in the event of a fire.